With a portfolio that covers a comprehensive range of cars, trucks, buses, defence vehicles and more, Tata Motors Limited is recognized as one of the leading automobile manufacturers in the world today. Commencing operations in 1954 with Commercial Vehicles (CVs) in India, the company’s marque can now be found both on and off-road in over 175 countries around the globe. Here’s how Tata Motors went from being an Indian company to the globally recognized brand that we know today.

Tata Motors’ CVs around the world

Having a presence in over 46 countries around the globe, Tata Motors is without a doubt among the top 10 CV makers in the world today. The company started creating ripples with the launch of Tata 407 Light Commercial Vehicle (LCV) in 1986. The truck became popular not only in India but also in several other countries around the world, thanks to its reliability. Here are some of the most important milestones that the CV sector of Tata Motors achieved in countries abroad:

As of today, the commercial vehicles wing of Tata Motors can be seen in over 46 countries of Africa, ASEAN & Far East, Latin America, SAARC and the Middle East.

Tata Motors’ PVs around the world

Tata Motors began manufacturing Passenger Vehicles (PVs) in India in 1991. Just like its CV division, the PVs segment made its foray into nations around the world in the following years. Apart from India, the company’s new as well as legacy cars are also available in many countries through exclusive dealerships. Variants of Tata vehicles like the Indica, Indigo, Vista, Manza, Aria, Bolt, Safari Storme, Tiago, GenX Nano, Sumo, Tigor, Zest, Nexon and Hexa can be purchased in various countries of Africa, APAC and Latin America, while those of Jaguar and Land Rover are available in Europe. Featured below are some of the most important milestones of the PV sector of Tata Motors that the company achieved in other regions (excluding India):

Tata Motors’ mission “to be passionate in anticipating and providing the best vehicles and experiences that excite customers globally” has enabled it to make its presence felt around the globe. Thanks to its commitment to excellence, the company has set its sights on expanding its CV and PV operations in several other countries around the world. 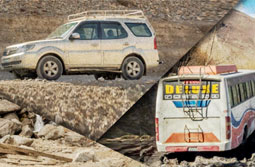 When a temple is befittingly titled Muktinath (a place of liberation), you can be certain.. 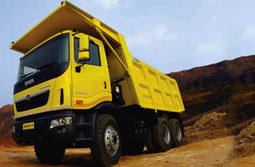 If you have a trucking business and also have a fleet of drivers scurrying across.. 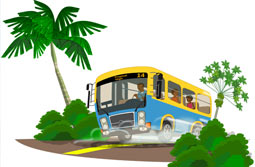 Thinking of venturing into the school bus business? You can actually make a success of..

Research, To Start Your Business